First compositions of this sideproject in 1999 for an exhibition of paintings done by my brother Augustin PLATA in Lisboa [Portugal], at French Embassy and a Faculty of Psychology. My music was used and diffused during the double exhibition, French Radio RFI has diffused my music and i have done an interview at National Radio at Lisboa RDP. After various years playing not music by the lake of instruments, i have return to music with first 4 demos with 2 Roland synths, my brother talked to me with the opportunity to works boths, French Embassy was agree with that and i have created others music.

This music was composed with just a few machines and a little home studio, later by bying an Akai sampler and some others tools i created a better finalized version of this "Le Voyage Intérieur" including some new tracks. 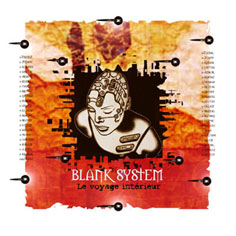